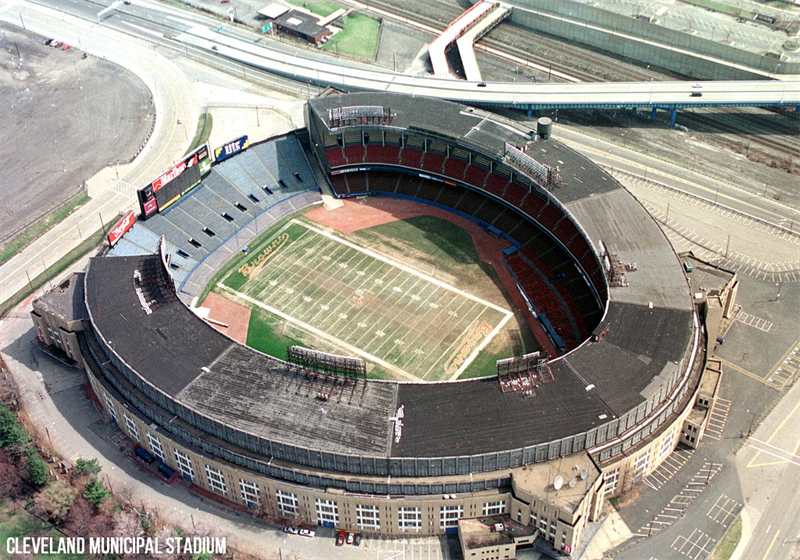 OSPORTS has a rich history in sports and entertainment planning and design dating back nearly a century. In 1909, OSPORTS’ business ‘parent’, The Osborn Engineering Company, designed one of the nation’s first major league baseball stadiums, League Park, in Cleveland. Babe Ruth hit his 500th home run in League Park and Joe DiMaggio’s record 56-game hitting streak came to an end there. Between 1909 and 1970, we designed and monitored the construction of more stadiums and ballparks than any other company in the nation.

Our tradition began with involvement with professional sports teams and their venues like designing the grandstand for the Polo Grounds in New York City in 1911. We also designed Detroit‘s Tiger Stadium, Boston’s Braves Field, Griffith Stadium in Washington, D.C., Fenway Park, Yankee Stadium, and Forbes Field. In 1923, New York Yankee Stadium was the first stadium in the country to have three decks. One of the octagon-shaped ticket booths from the stadium is preserved in the Smithsonian Institute accompanied by our original drawings. We are especially proud of designing, along with Walker and Weeks, Cleveland Municipal Stadium in 1930. At the time, Municipal Stadium had the largest outdoor seating capacity in the world: 78,189 people.

Our first collegiate athletic project was in 1896 when we provided structural design services to Yost and Packard, the architects for The Ohio State University gymnasium. Shortly after this we carved a path into the collegiate athletics realm with numerous projects for The Ohio State University, University of Michigan, Purdue University, West Point, University of Notre Dame and Miami University. We sold a new idea to the University of Michigan when a new press box was needed in the stadium. Our proposition - elevating the press box above the 50-yard line to give reporters an excellent view of the entire field and free up seating for spectators. In 1968 we designed a coliseum in Morgantown, West Virginia which won an award for excellence in design from the American Concrete Institute. The arena roof is a four-acre concrete shell, just four inches thick and is supported by 40, 100-ton concrete ribs held in place by a compression ring at the top and a tension ring at the base.

While Osborn developed lasting relationships that cover over a century of growth, our future as OSPORTS looks even brighter. As technology has evolved over time, so too have our architectural and engineering capabilities, and we will provide them with a renewed emphasis on providing sustainable and state of the art facilities for all to experience.