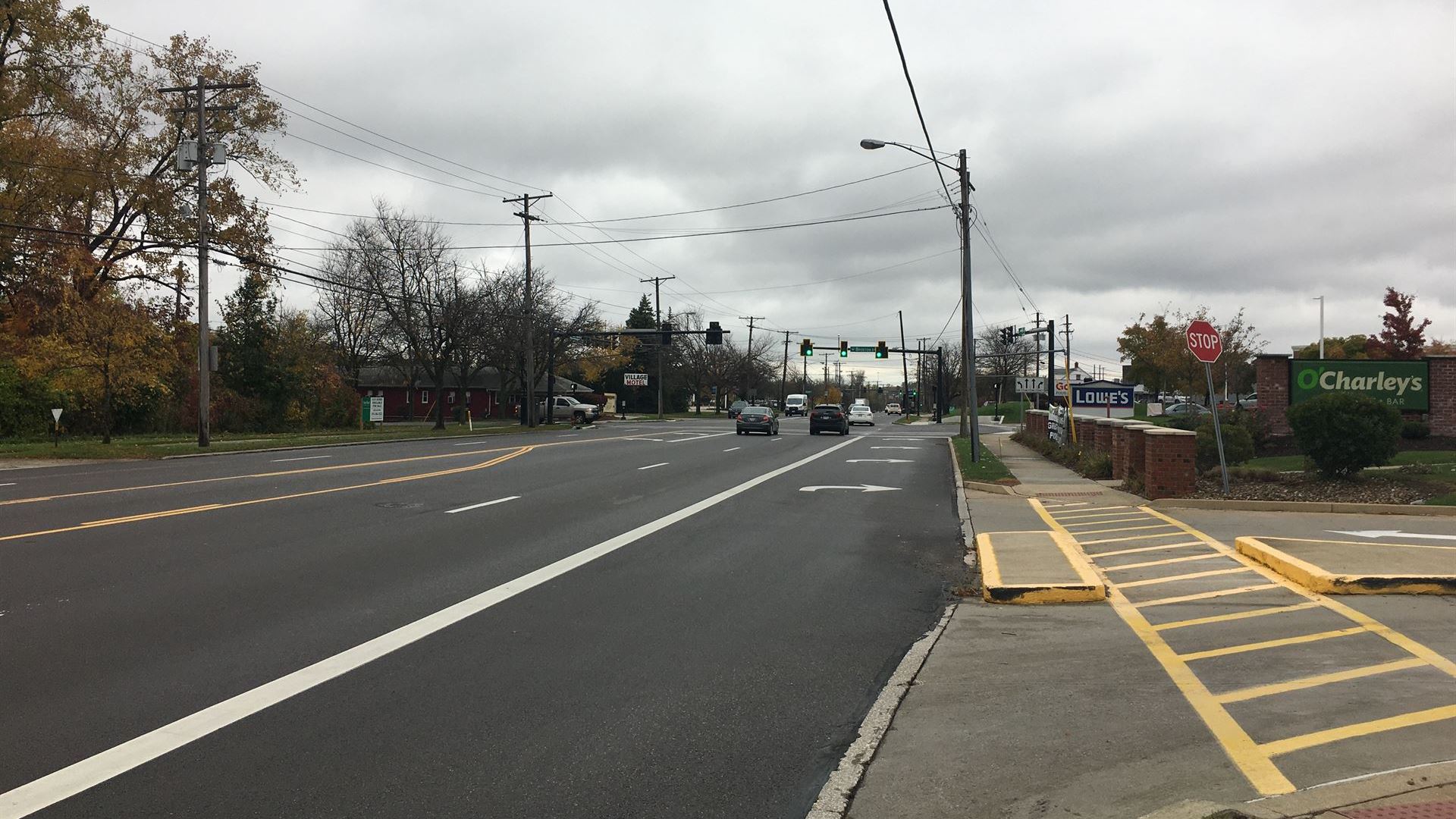 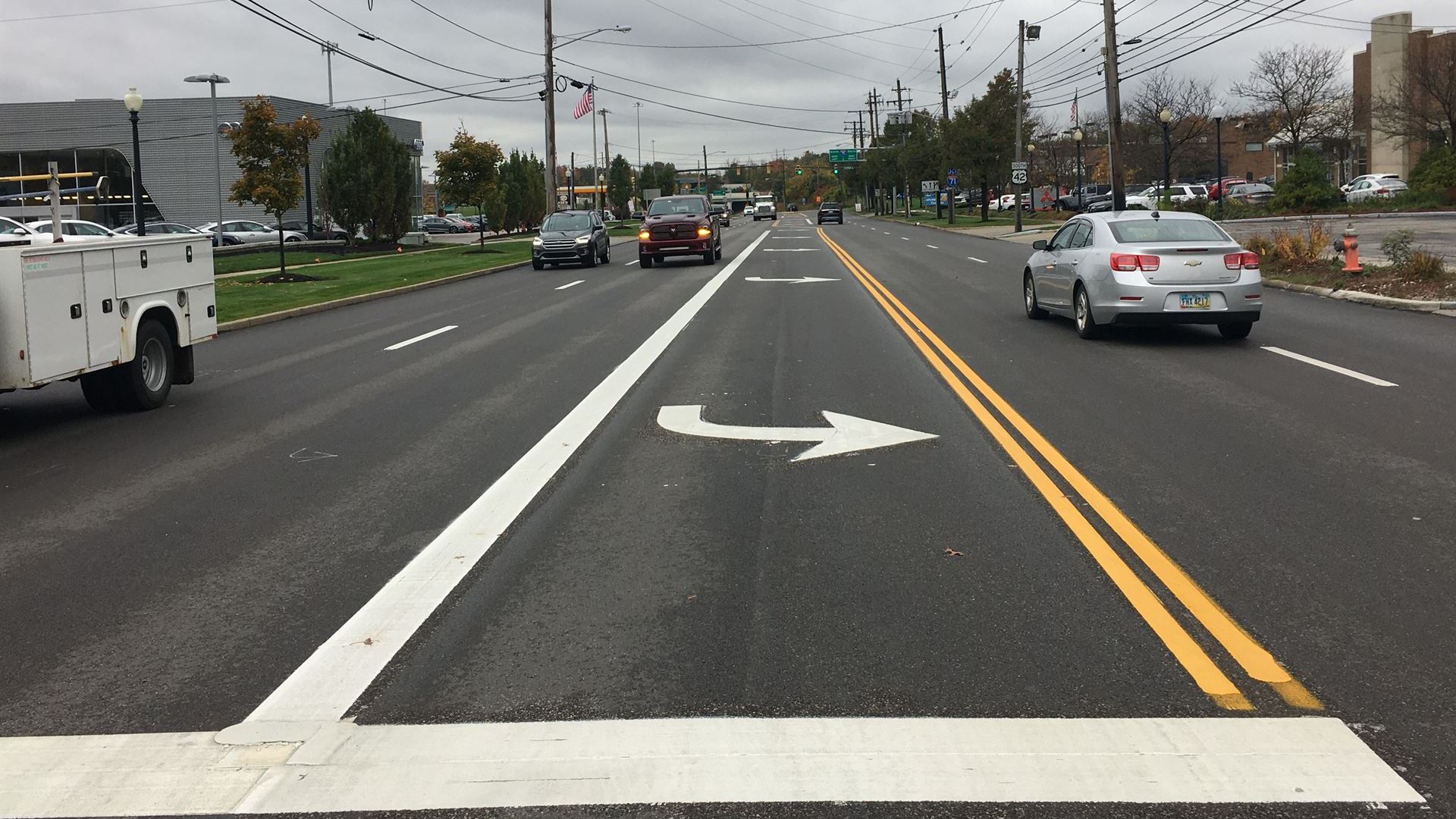 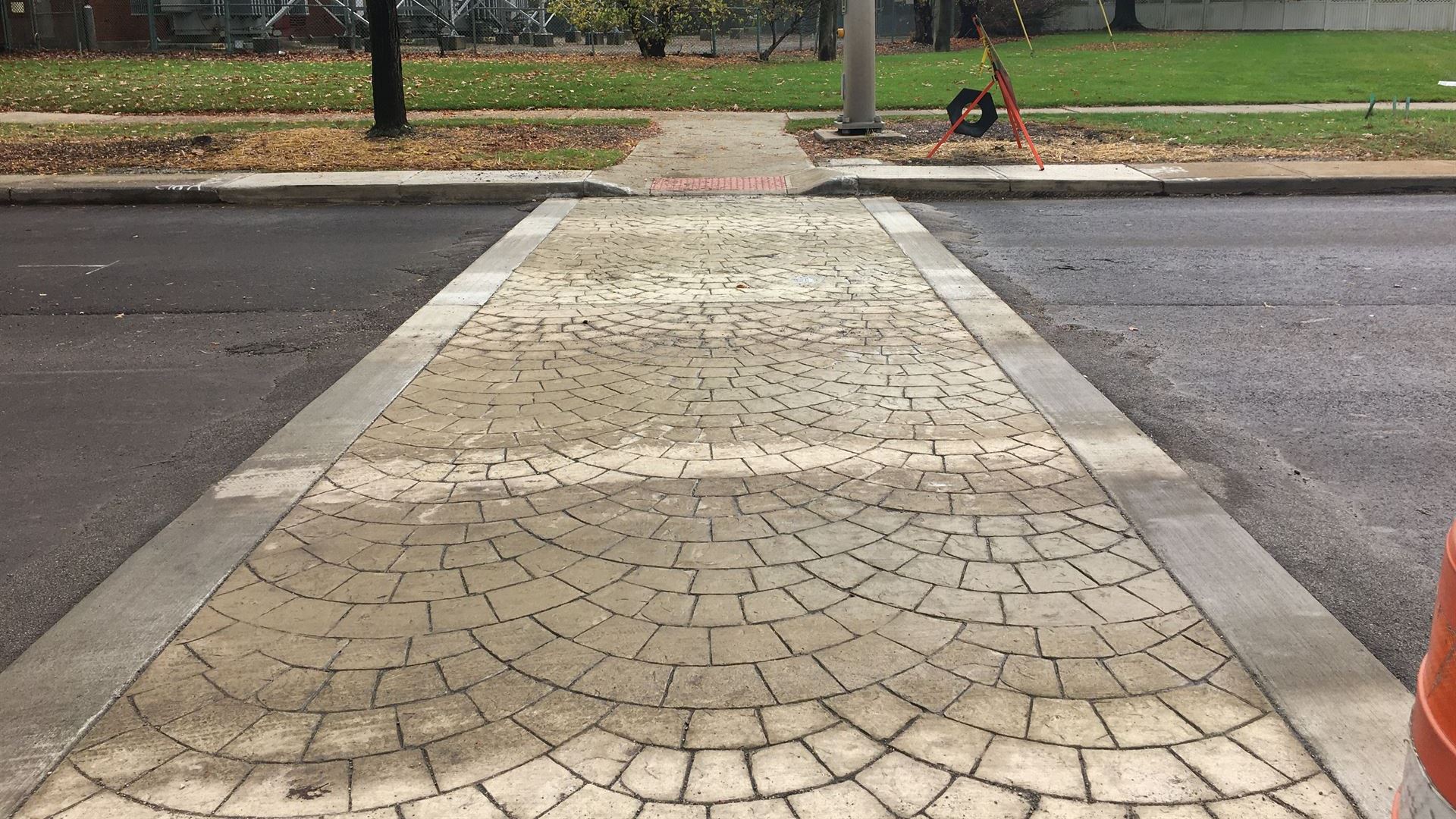 Previous Next
Osborn was the Engineer of Record for the pavement rehabilitation of Pearl Road (US Route 42) from the Ohio Turnpike in Strongsville to Snow Road in Parma. The total project length was approximately seven miles and extended through the Cities of Strongsville, Middleburg Heights, and Parma Heights. The project involved planing and resurfacing of the asphalt pavement, pavement base repair, and repairs to isolated ar-eas of existing deteriorated sidewalks, driveways and curbs. All existing curb ramps that did not comply with ADA requirements were replaced with new curb ramps to meet current standards. Existing catch basins were evaluated during a field walk through and repaired or replaced as needed.
The project included improvements recommended by the Pearl Road Complete and Green Streets Initiative for Parma Heights. These im-provements included a road diet from Ackley Road to the northeast City limits, which transformed the 5-lane corridor to 3 vehicular lanes and a buffered bike lane in each direction; installation of a landscaped median and HAWK pedestrian signal at Denison Avenue; decorative crosswalks at various gateway intersections in the City; and wayfinding signs. Osborn prepared and submitted a Road Diet Traffic Impact Study and Pedestrian Hybrid Beacon Study to ODOT in order to include those improvements with the project. The entire project was designed to be completed in 4 sections, constructed over 2 years, with a minimum of one lane in each direction being maintained. Detailed plans were developed in order to maintain vehicular traffic through the I-71/US-42 interchange in Middleburg Heights.
The project was a true collaboration between all the Cities, NOACA, ODOT, and Osborn as federal and state funding was provided from NOACA and ODOT.