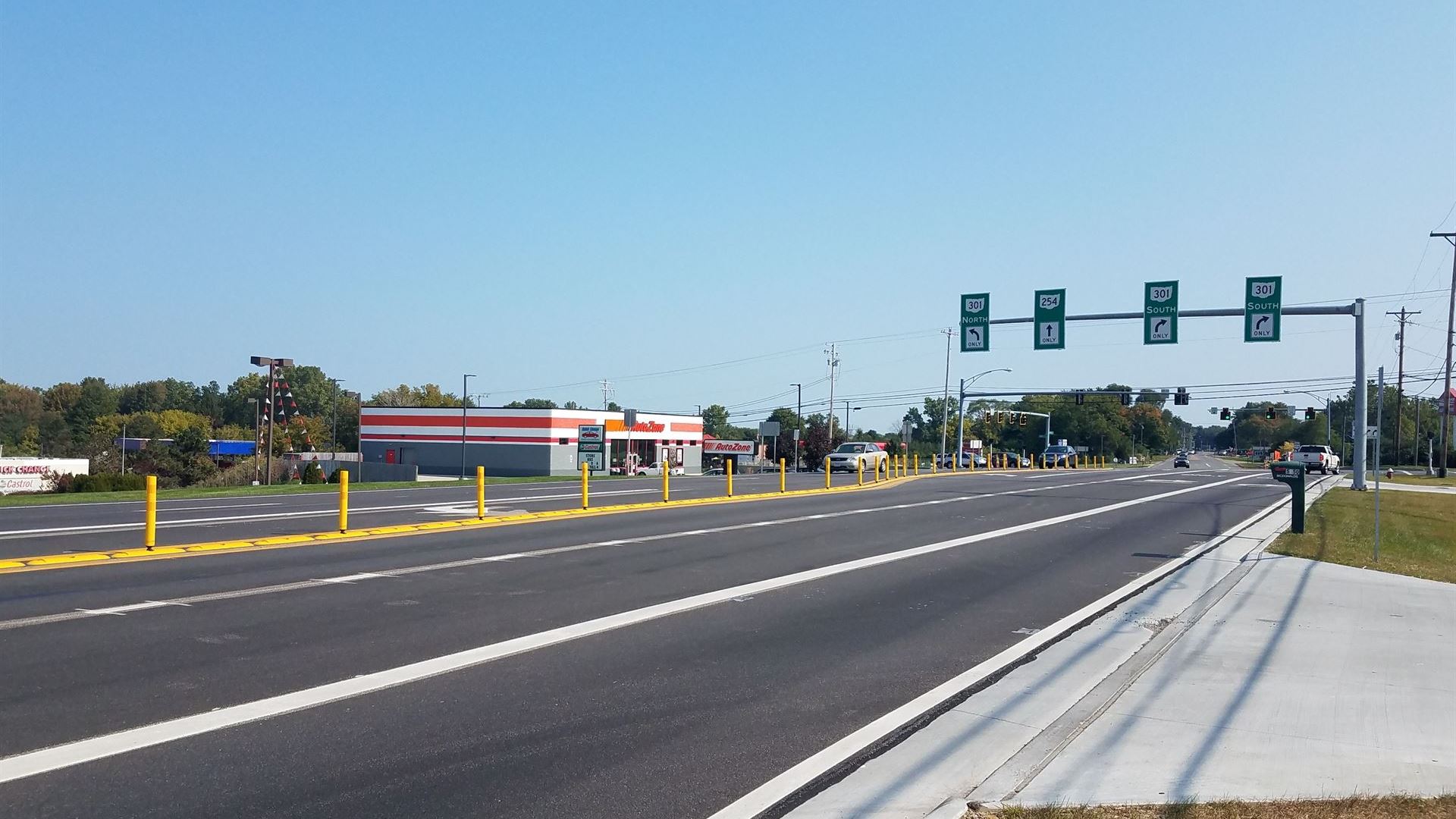 Osborn was the Engineer of Record for the rehabilitation of SR 254 between IR-90 and SR 301 in the Village of Sheffield, Ohio. As a result of a 2010 and 2013 safety study, it was recommended that access management practices and a second eastbound right turn lane on SR 254 at the SR 301 intersection be implemented to address the high percentage of crashes along this corridor. Hence, this project included the design and re-construction of 1,100-feet of pavement to be used as a second right turn lane with concrete curb and gutter in the eastbound direction of SR 254. The project also included upgrading the interconnected traffic signals at three intersections to mast arms with new radar detection, replacing and upgrading of the existing drainage system, planing and resurfacing of the existing asphalt pavement, and installation of new overhead signs, drive-ways, sidewalks, and ADA compliant curb ramps. The design included a longitudinal channelizer along the painted center line to provide access management to the properties along this corridor.