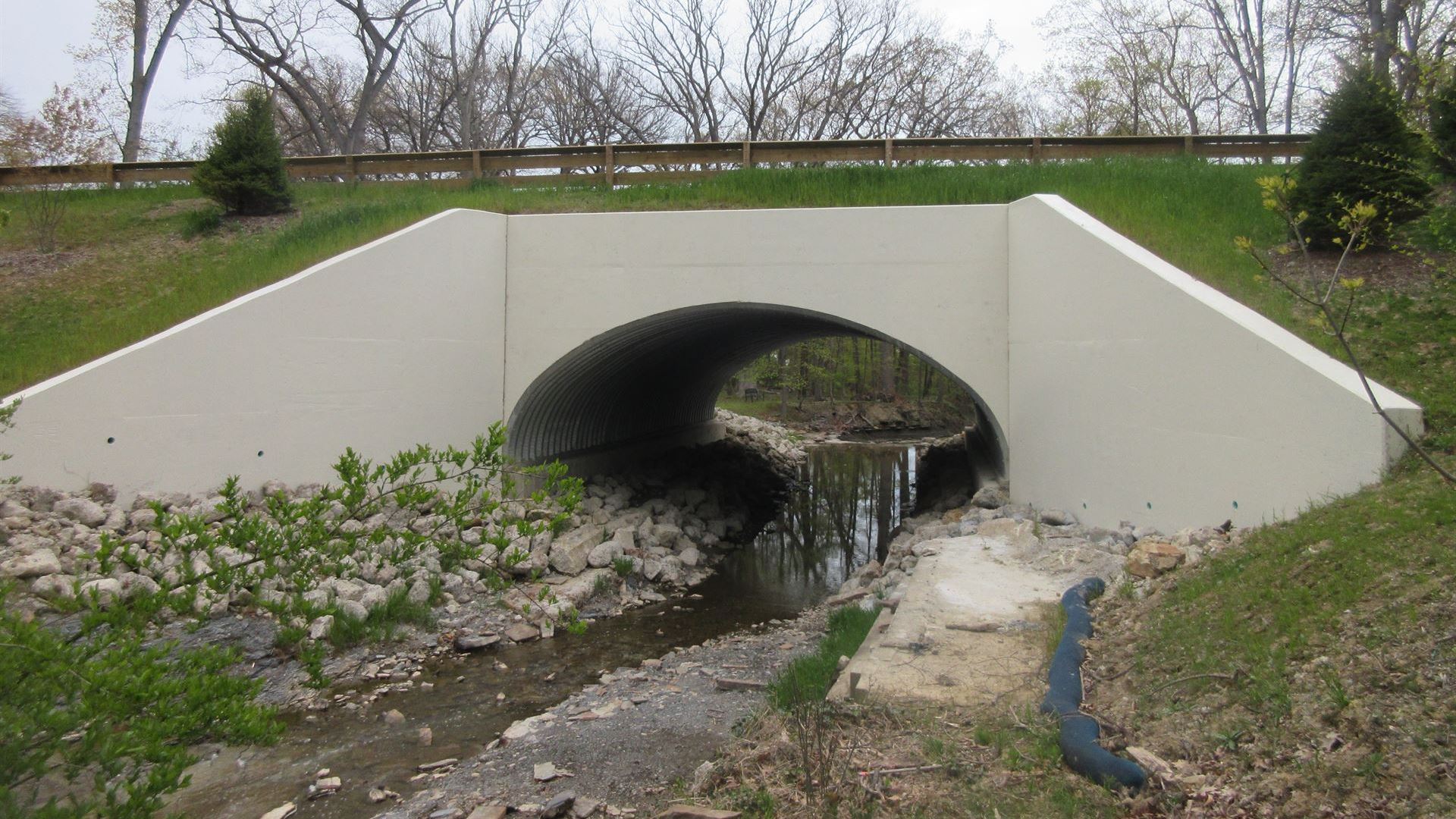 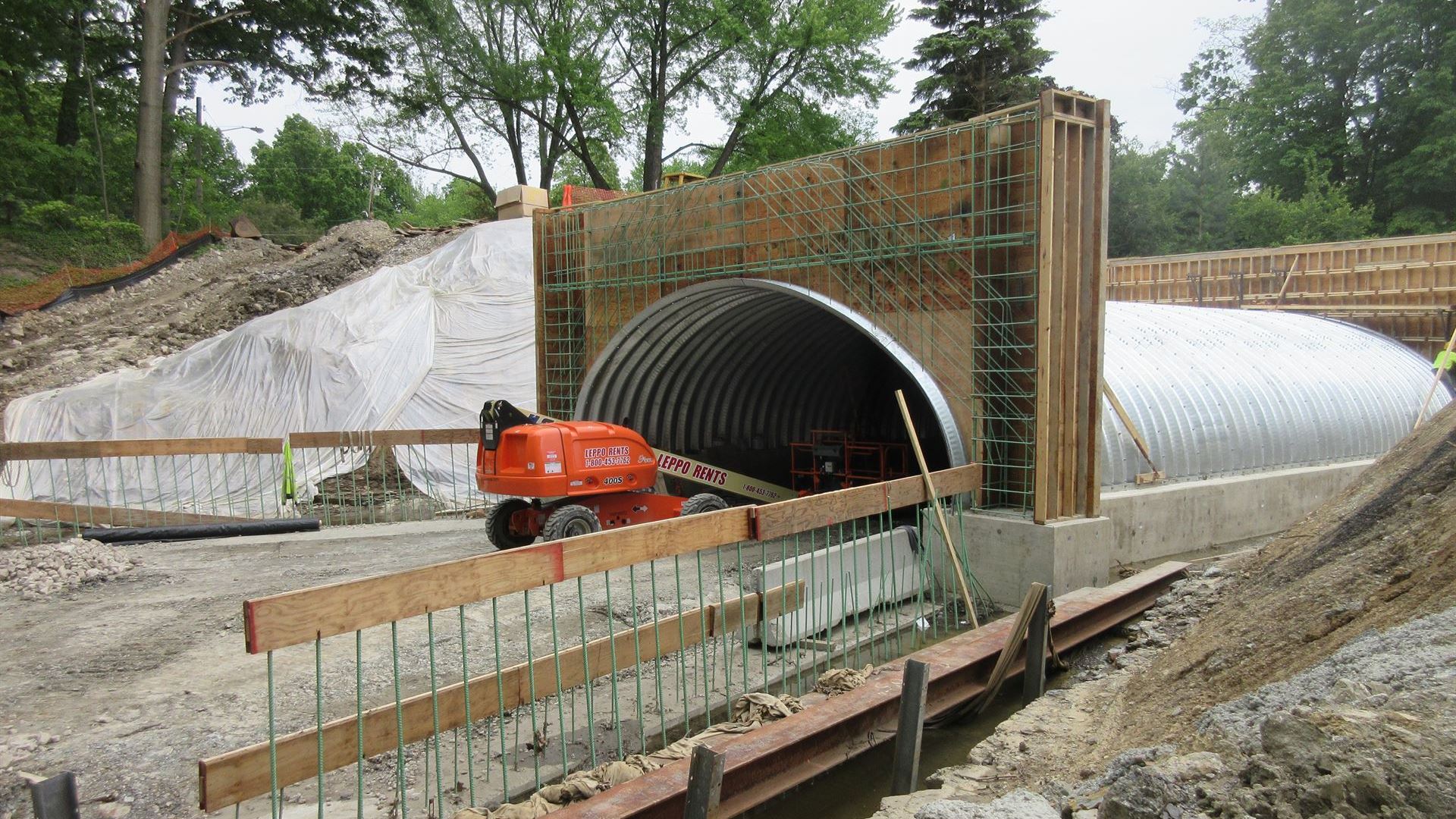 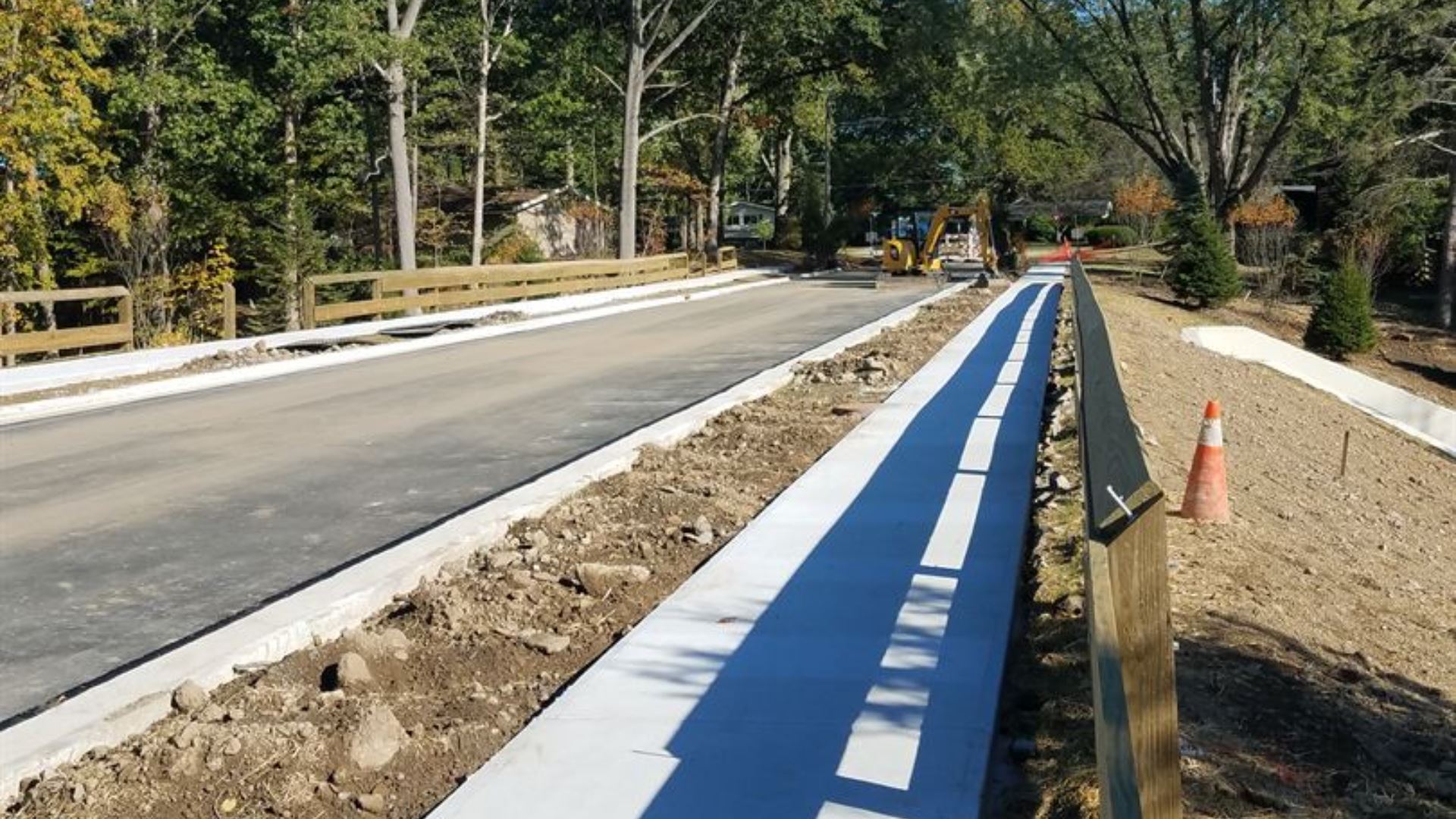 Previous Next
Osborn served as the Engineer of Record for the replacement of an existing single span bridge carrying Queenswood Driver over Sperry Creek in the City of Bay Village, Ohio. The existing structure was an earth filled concrete spandrel wall bridge with full height wingwalls. Osborn previously developed a structure type study to evaluate various alternates to repair or replace several bridge elements that were found to be in critical condition during the annual bridge inspection. The study resulted in recommendation to replace the existing structure with a precast concrete or prefabricated steel arch type structure. Osborn assisted the City of Bay Village in preparing the funding application for submittal to the ODOT Municipal Bridge Program Manager. The City was successful in receiving federal funding at a 95/5 split for the construction cost of the replacement. Osborn was then selected to provide detailed design and plan development for the bridge replacement. The proposed work included complete removal of the existing structure, including foundations, and replacement with a new prefabricated galvanized steel plate arch on reinforced concrete footings. The new structure has a 32-foot clear span and is on a skew of 2°57’44”. New full height reinforced concrete wingwalls were constructed at each bridge corner. Grouted scour protection was included along the wingwalls and bridge footings to prevent future scour. Traffic was detoured during construction.